Another ohnosecond, just one day after the last one.

Not deep enough though!! Now I have two hosepipes, created in an ohnosecond, and both of lesser utility than the original. This was a bit of an embuggerance in the watering this morning.

On which theme I should share with you a new German verb I've invented - to offgebugger - usually deployed around going-home time with a cheery cry of "Right then, ich bin offgebuggeren".
Posted by Gordon Mason at 8:00 pm 2 comments:

Are you familiar with the Ohnosecond? The smallest imaginable, indeed the smallest conceivable, unit of time. And remarkably uniform too. It's always (this never varies) the time between you realising you've done something and realising you really shouldn't have done it.

In my case it was hoeing straight through one of only three outdoor cucumber plants. I console myself that it was the puniest of the three (which isn't saying much; they'd all get sand kicked in their faces by Mr Gherkin, himself not the largest of cucumbers). But it was irritating and a classic Ohnosecond.

So what else is going on? Massive weeding, that's what. 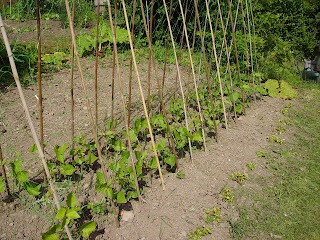 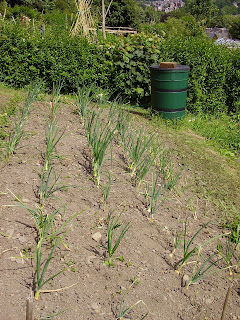 See you Jimmie, if you eat those raspberries before me. 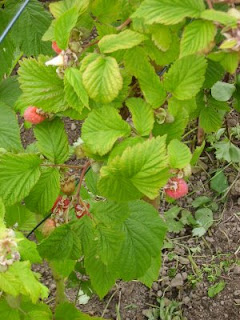 And look who lives on our lawn. 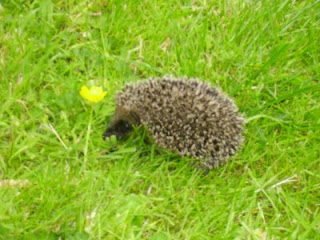 Two of them actually. 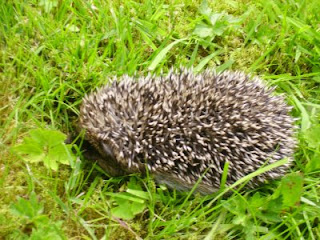 And finally, and this trumps all, we are to be grandparents; a little girl due in September. We are of course delighted. Genetically, my work is done. Genes passed on and then passed on again. Gregor Mendel, where are you now?
Posted by Gordon Mason at 5:30 pm 4 comments:

I never lets that hoe rest

'Tis the only way to keep things tidy. But even so, 'tis a constant struggle.

And this week we've had torrential rain and serious flooding again in Sheffield. Not quite as bad as 2007 but quite bad enough. Made watering the allotment a bit superfluous for a few days!

Anyway, how goes it with the plot?

Beans in (Runner & Climbing French). Kale and Sprouts in, Cucumber and knobby Italian Courgette in. Netting up for Morning Glory to scramble up (first time I've grown them). Bit of a show, what? 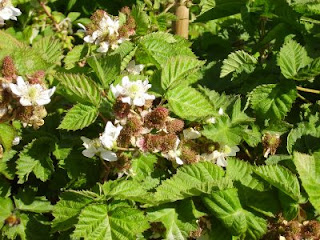 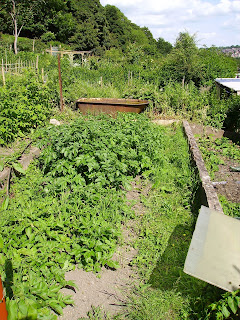 especially as I'm not growing any this year; these are all volunteers from where I didn't clear it out properly last year. Better a volunteer than a pressed man.

And finally, just to demonstrate that an allotment can be a thing of beauty as well as a list of vegetables (altho some of them are things of beauty too (look at this cabbage) 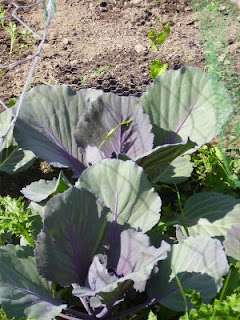 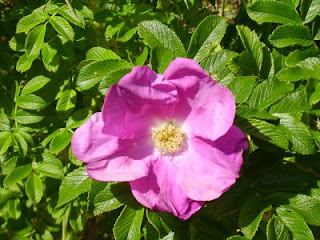 Sithee, as we say in Yorkshire.
Posted by Gordon Mason at 8:06 pm 1 comment: