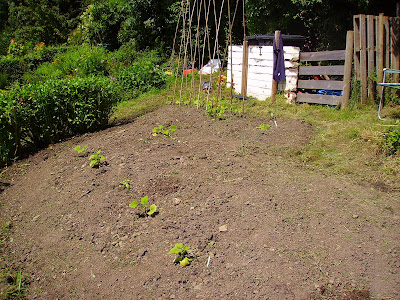 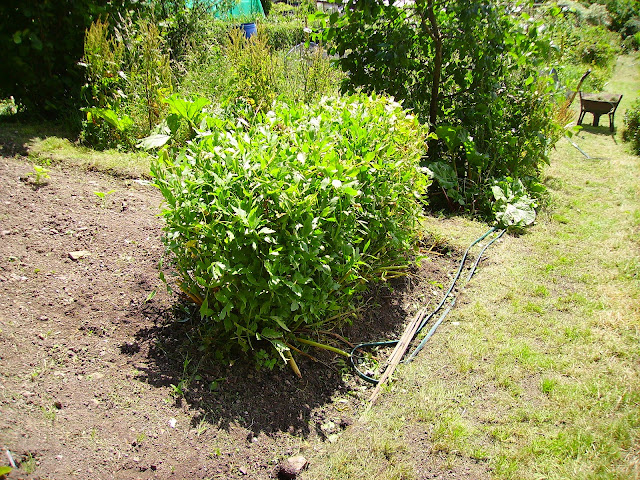 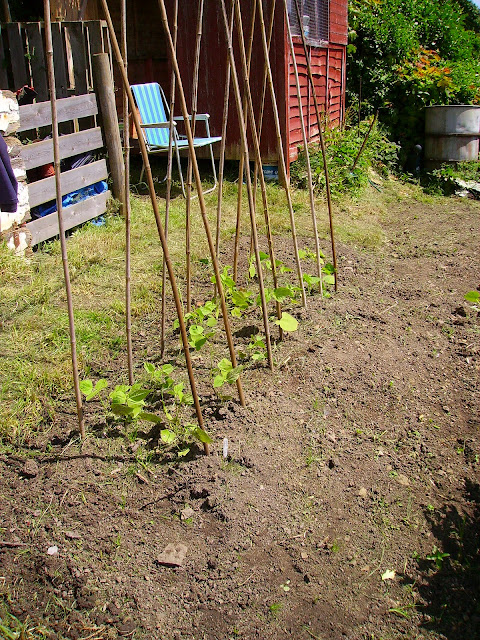 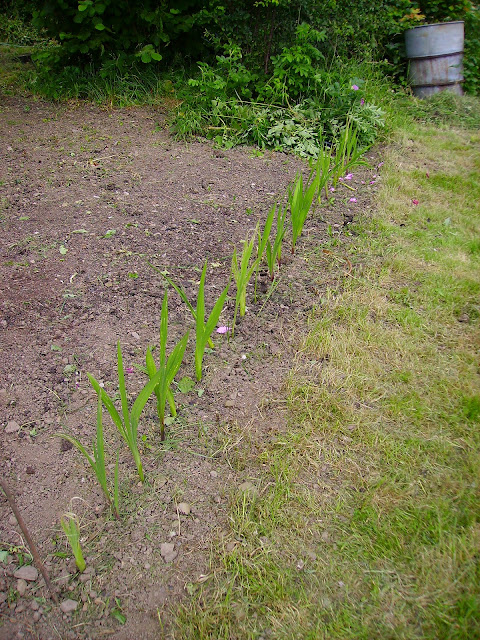 It's beginning to look a bit tidier, although everything is showing the effects of rain and low temperatures.  I suspect essential nutrients have been washed away downhill because things are just standing still.  There's been little discernible growth in the last two weeks.  Perhaps if I start to feed and water it'll all come right again?  Perhaps??
Posted by Gordon Mason at 10:07 am 6 comments:

The full horror is revealed

I knew it would be bad.  In truth, I can't say I didn't think it would be this bad because I DID think it would be this bad.  But it really is bad.  Constant heavy rain, along with being away on hols, and not being able to get at it has had the predictable result.  Hols was Norway - lovely country but Soooooo expensive.  "Fish and chips twice" off a market stall at Bergen harbour (paper plates, plastic cutlery) = £28.  Chuffinelle, as we say round here.  Beer at £7 for not-quite-a-pint.  Chuffi....  Burger and chips £15.  Chu.....

But I digress (up a fjord; lovely chaps, fjords).

This, trust me it is, is the strawberry patch. 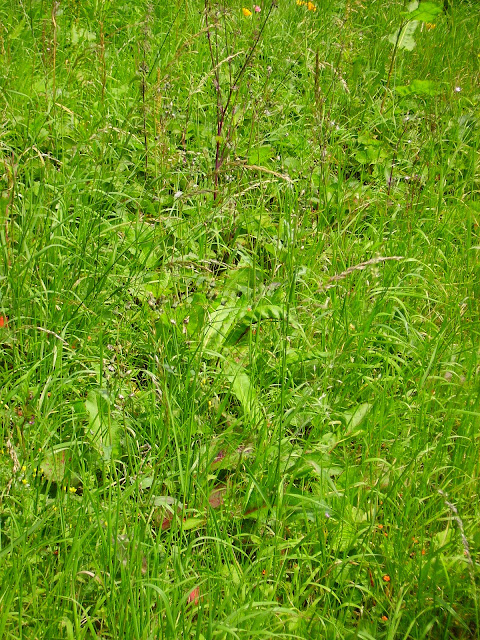 I've had one picking this year.  One.  Last year I was picking kilos of them for several weeks.

This, even worse (I hardly dare show you), is the onion and garlic patch. 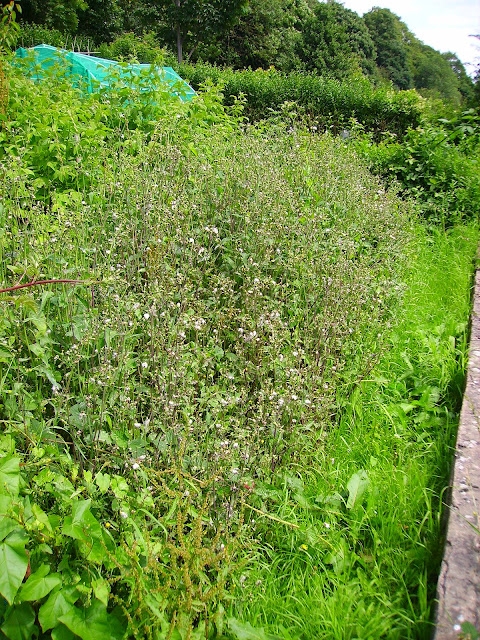 But nowt comes of wringing your hands and moaning.  You just gotta get in amongst it.  Brace up, Mr Bracegirdle and get on with it.  It's tempting to start with the worst bits first but it's all so bad that I thought I'd be systematic and organised, rather than just lashing myself into a frenzy (steady on lad, it's only an allotment, we'll have none of that here)

So here's the plan:

Second, work downhill doing a sub-plot at a time.  Do each one, do it properly and before you know it Robert will be my Father's Brother.

Well it's a plan.  I think I'm just going to have to treat it as a job (what?  can't do that; I've retired.  I didn't retire from one job to do another.  Needs must, though)


Anyway, always conclude on a positive note.  Here are the vines. 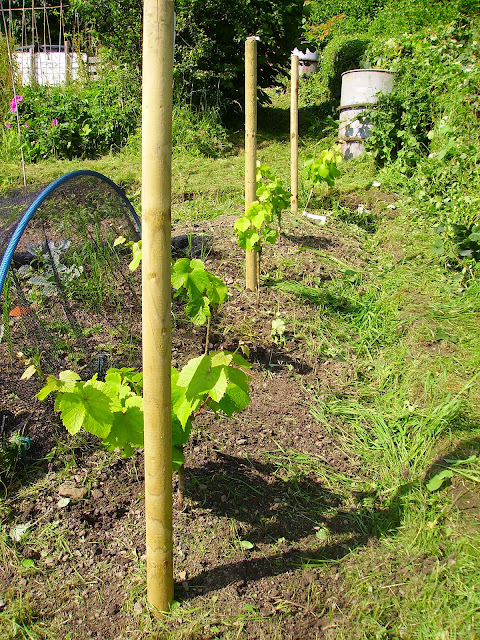 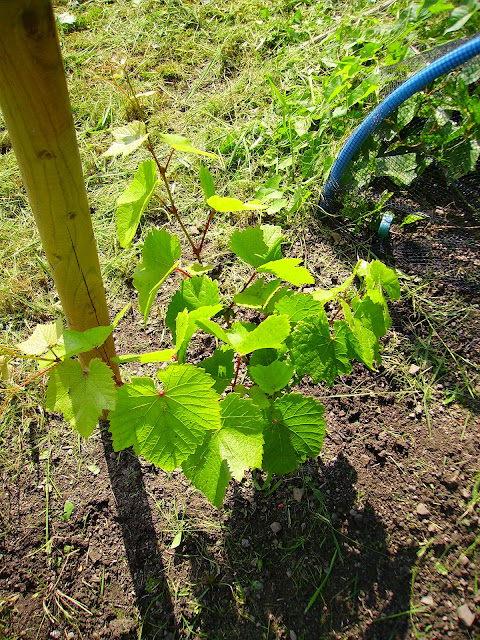 All the received wisdom is that you shouldn't attempt to work the ground when it's wet.  Not hard to work out why; it compacts, sticks to your booits and you end up reet clarty.


But sometimes you just have no choice.  Time presses; stuff has to be planted.  Things that should have been done earlier have to be done now.  So it was yesterday that I was plodging through the clarts hitting fence posts with a sledgehammer.

Here are the posts, the first stage of the trellis for the vines (which are coming along nicely). 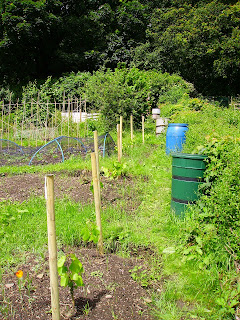 I also managed to get in a decent number of Climbing French beans (you'll remember that it took three sowings to get any at all but at least it looks as though I'll get some this year.  In truth, I prefer them to runner beans but A N Other has a different preference so I grow both! 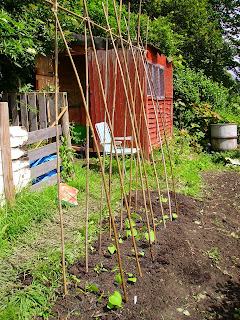 And I seem to have acquired a mutation.  Well, not me personally; I've always had green skin and three ears (two in the normal places and a final front ear).  But have a look at this on the blackberry.  One major stem has gone all strap-like and little shoots are growing directly out of the strap.  Weird.  Anyone else ever seen one like this? 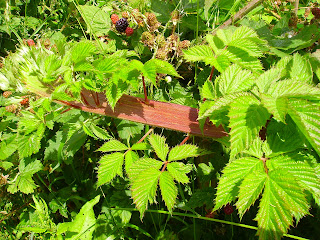 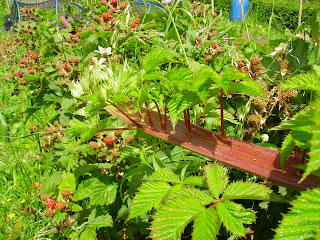