Just look at these! 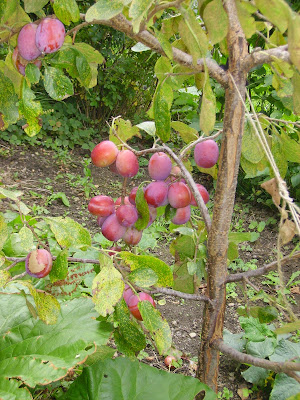 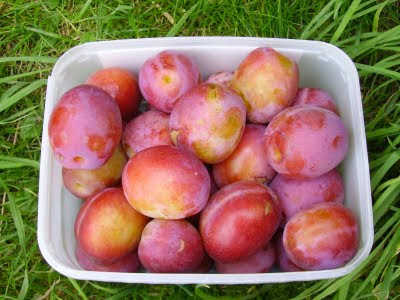 And plenty more raspberoonies where these came from (No, not Sainsbury's) 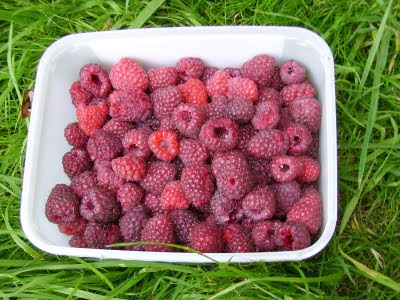 Remember the grand notion of a wall of Morning Glory?

Well, it worked and here it is. 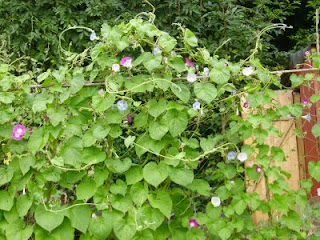 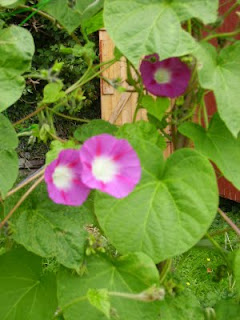 It'd be even better if I could get the little beggars in focus!
Posted by Gordon Mason at 5:29 pm No comments:

I'm getting a bit fed up.

Who always cuts the grass on the communal path between the two allotments? Moi.

Who keeps the entrance tidy & stops it getting overgrown? Moi. 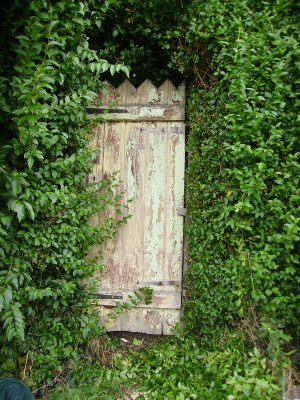 Who never does either of those things? Harrumph
Posted by Gordon Mason at 5:21 pm No comments:

Well, not exactly. But I did pick:

At last, the Morning Glory Wall is beginning to flower. It had three on today but, being mid-afternoon, they were already fading. Must get there earlier!

I've also managed a halfway decent onion crop despite neglecting them shamefully and have to hack through a forest of weedage to harvest them. They got away from me while I was on holiday and I never got back to them. I find onions surprisingly difficult; next year I'm going to plant them on my cleanest plot and try to feed them better and weed them better. Perennial cry of the gardener, eh?

And here's a bashful fellow - one of my bumper-ish plum crop beginning, just beginning, to blush. 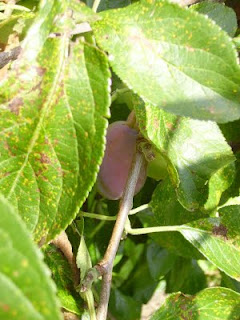 In here you can just see a cucumber flower beginning to develop. 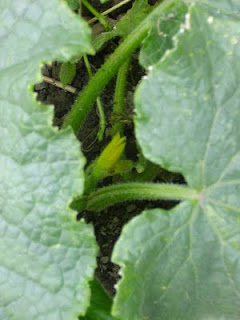 Cornflowers are doing well too. 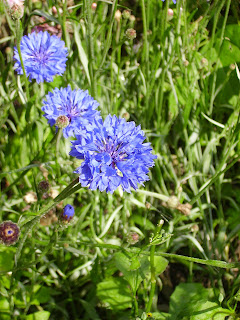