Well, at least the tomatoes are. The dreaded blight has got into the greenhouse and, within the space of a week, has killed or mouldered everything I hadn't already harvested (well, obviously!)

Any advice on avoiding this next year? Fewer plants (they were packed in a bit tight)? Better ventilation (I thought it was pretty good; the greenhouse was never completely closed up, even at night)? Sterilise it over the winter (Jeyes Fluid, or is that way too lethal)?

Interestingly, the two Jalapeno pepper plants are completely unaffected despite being packed in tight with the tomatoes. I guess this is another of the upsides of the powerful taste! There is a good crop but they're all still green at the moment. They've gone back into the now-cleared greenhouse to see whether they'll ripen any further.
Posted by Gordon Mason at 5:41 pm 6 comments:

Sheep in my Garden; what me gonna do?

While Woody, Wilma & Bunty Wilbury were in Poland, Woolly Wilbury and his mates came calling. 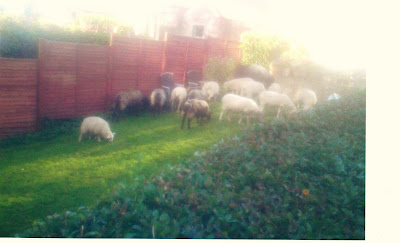 Apparently there were 40 of them in our garden at one point.

And Woolly clearly hasn't given up on his escaping tricks; here he is out for a stroll this morning. 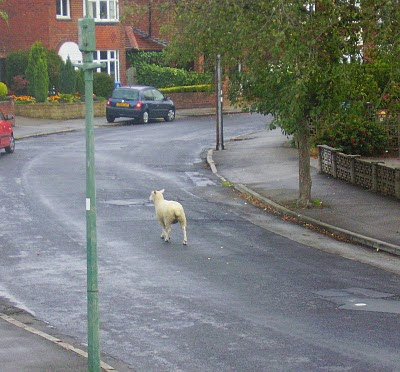 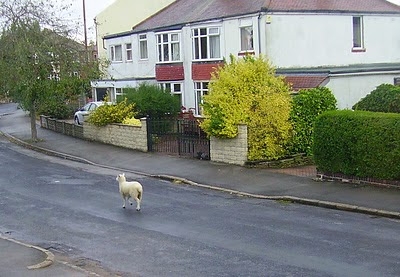 The Wilburys have been in Poland, and hence incommunicado, for nearly two weeks. To explain, we have family friends in south-east Poland, quite close to the Ukraine, and hadn't seen them for some time.
We had a few days in Krakow 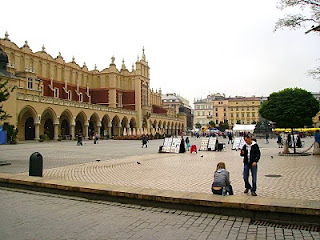 at the beginning and a few days in Zakopane at the end but the middle period saw Woody, Wilma & Bunty Wilbury in deep Poland. This was Wilma's third visit & my second. Poland has changed enormously since Wilma's first visit, not long after the fall of communism. The food is better (in fact the food is great; don't believe any of the stories about stodgy, dumpling-based East European food) & most people are much more prosperous (it's great value too) but the traffic is much much worse.
But it was great to see our friends and we are very envious of their garden. 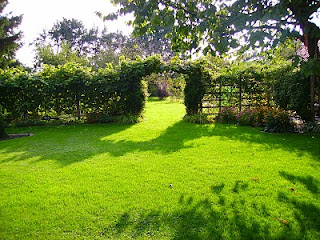 The last time we saw it, nine years ago, none of this existed. 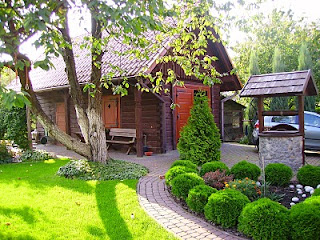 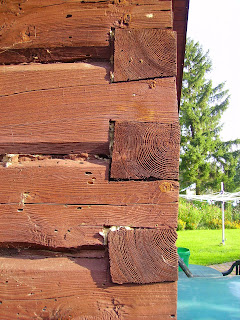 but the garden was undeveloped. The well was being used as a place to keep beer cool.
I'd love a garden like this. 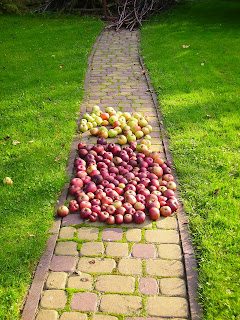 And a log cabin as a garage. But learning Polish is a bit of a deterrent! I think I'll stick to the allotment (which I haven't seen for a fortnight; heaven knows what that will look like now)
Do Widzenia ;>)
Posted by Gordon Mason at 4:37 pm 4 comments: